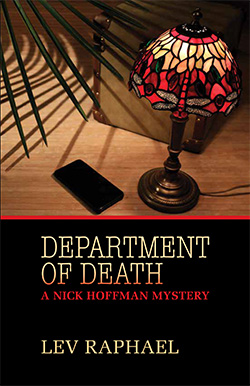 Nick Hoffman has been unexpectedly installed by his dean as chairman of his English department.  It's a wildly unpopular choice and Nick is now the focus of more animosity from his colleagues than ever before.  He can't seem to make anyone happy and can't get a handle on his myriad new responsibilities as an administrator, a position he never wanted.  Tragedy strikes when someone seeking his help is murdered, and Nick becomes a prime suspect. Hounded by campus police, the local press, and social media, Nick wonders if this could finally be the end of his career—and if he can manage to stay out of prison.  Department of Death is Lev Raphael's most blistering satire yet of the perversities of academic life.

Department of Death was published by Perseverance Press on April 9, 2021.

Between the Lines Feature

Buy it from Amazon, Barnes & Noble or Bookshop.org

Listen to Chapter One: 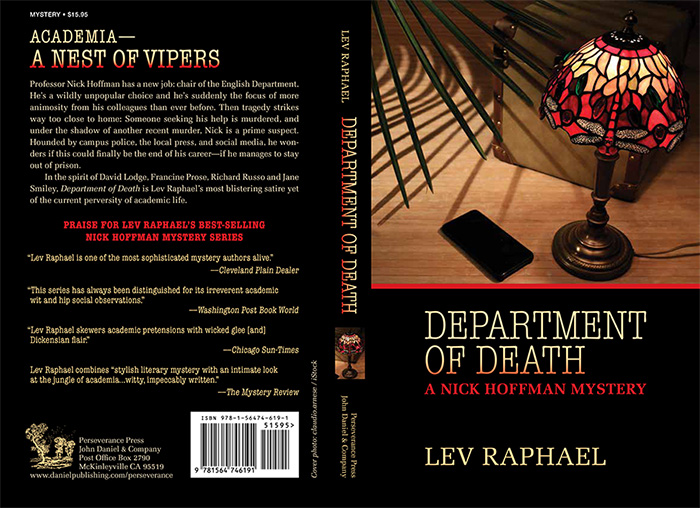